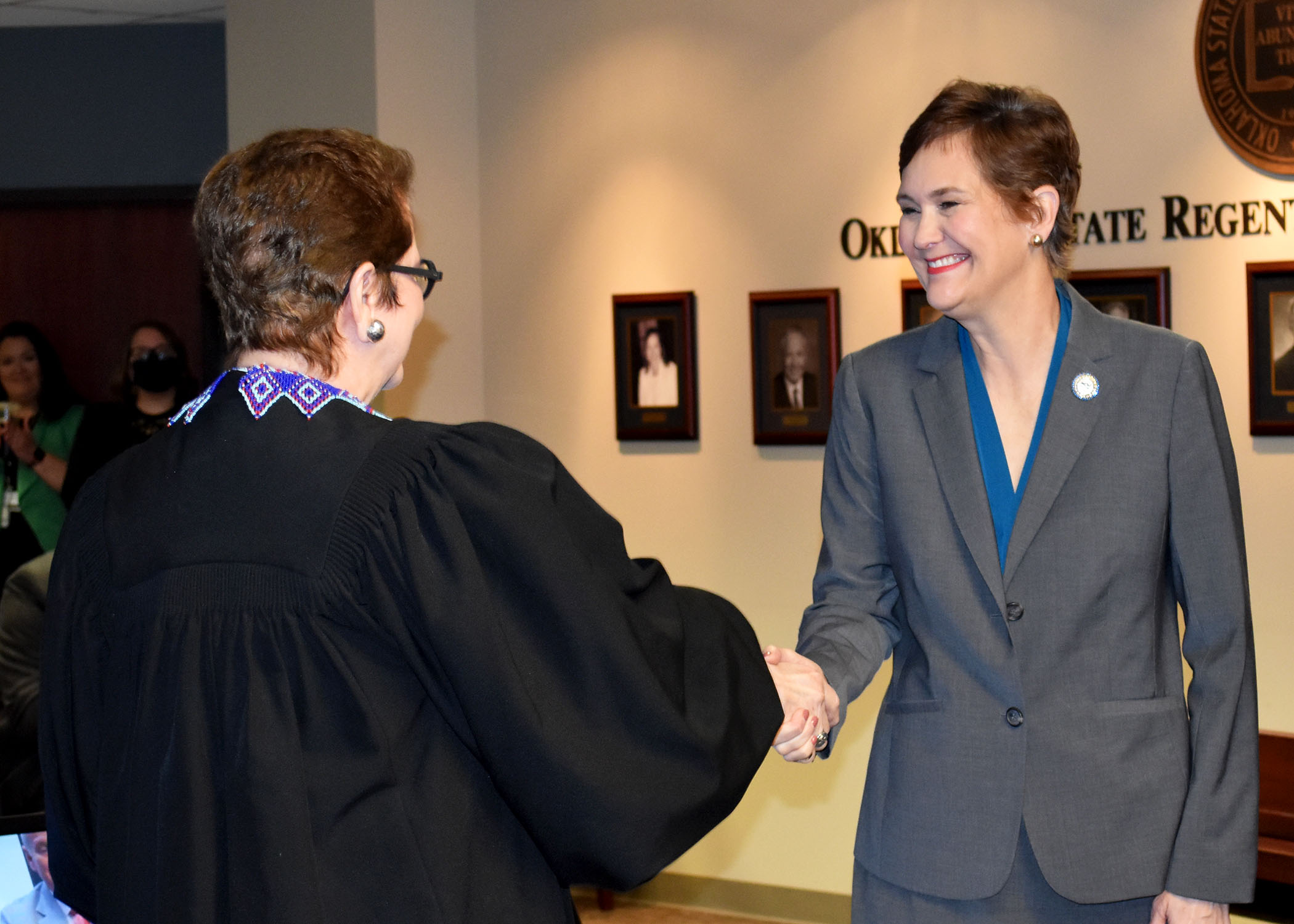 Allison D. Garrett was sworn in today as the ninth chancellor of the Oklahoma State System of Higher Education by Oklahoma Supreme Court Justice Yvonne Kauger. Garrett succeeds Dr. Glen D. Johnson, who had served as chancellor since January 2007.

Garrett thanked the State Regents and said she is ready to tackle the challenges ahead.

“I am honored to work with the State Regents, our public institutions, the Legislature and the business community to produce more graduates with the skills required to compete in our dynamic global economy,” said Garrett. “Higher education is the engine that drives growth and prosperity in our state and profoundly changes the lives of individual Oklahomans.”

The Oklahoma State Regents for Higher Education is a nine-member constitutional board that coordinates all 25 public higher education institutions in Oklahoma. The board prescribes academic standards of higher education, determines functions and courses of study at state colleges and universities, grants degrees, makes budget requests to the Legislature, allocates funding for each college and university, recommends proposed fees within limits set by the Legislature, and manages numerous scholarships and special programs. State regents are appointed by the governor for nine-year terms. Chair Hickman, Fairview, is the immediate past Oklahoma Speaker of the House. Former Oklahoma Attorney General Michael C. Turpen, Oklahoma City, is vice-chairman. Retired Oklahoma Supreme Court Chief Justice Steven W. Taylor, McAlester, serves as secretary of the board, and former State Representative Dennis Casey, Morrison, is assistant secretary. The other State Regents comprising the board are Jay Helm, Tulsa; Ann Holloway, Ardmore; Joseph L. Parker Jr., Tulsa; Jack Sherry, Holdenville; and Courtney Warmington, Edmond.