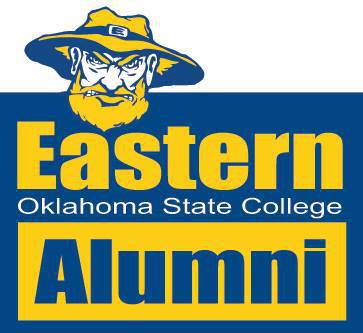 Eastern’s Alumni Association is bringing back its Hall of Fame event during this year’s Homecoming festivities. The event and dinner will be at 6 p.m., Nov. 12.

Established in 1988, the Alumni Association Hall of Fame recognizes former students who have distinguished themselves in their profession and community.

The Statesman recently had a chance to ask the EOSC Alumni Board some questions about the upcoming return of the Hall of Fame.

What would you like students to know about the Hall of Fame?

The Hall of Fame is the opportunity to recognize men and women who attended the college that made a major impact on the industry where they have worked. (The nominee has made a significant contribution to further their profession or career field.)

Two main reasons.: 1) The need to reduce costs during a period in Oklahoma where fewer funds were available to educational institutions from the State Legislature; and 2) COVID-19. While the Alumni Committee came back together to begin work in late 2019 at the end of the first quarter of 2020, the committee went on recess because of the virus. It came back together in early 2021 and has continued to meet since that time.

Why bring it back this year?

With support and encouragement from the new EOSC President, Dr. Janet Wansick, staff manhours were budgeted and allocated to support the reforming of the Alumni Committee early this year to resume its many functions. It is known that an active Alumni Association is necessary to promote connection with the college after graduation as well as recognize the accomplishments of its alums.

How will COVID-19 impact this year, and will there be any ceremonies?

How will you tie this into homecoming?

Homecoming Week is the time when many alumni-led events take place including the 7th Annual Mountaineer 5K run, Hall of Fame Banquet, etc. We hope this event will help draw more alumni to campus.

Have you received many nominations?

Yes, we have. We have some great candidates this year. The Alumni Committee welcomes nominations at any time, but the Committee selects the recipient for the year during August and early September.

What are the requirements for being selected?

Since 1988, the Eastern Oklahoma Alumni Association Alumni Hall of Fame Award has recognized alumni who made outstanding professional achievements while maintaining a connection to their alma mater and community.

The nominee must be an EOSC alumnus or alumna (defined as completing a minimum of one semester).

The nominee has made a significant contribution to further her/his profession or career field. This may include:

The deadline for nominations was September 8, 2021.

For more information about The Alumni Association or Hall of Fame you can visit https://www.eosc.edu/about/alumni-friends/eosc-alumni-association  Here you can also find the Past Hall of fame inductees and the nomination form for future candidates.

For additional information about Eastern’s Alumni Association, the Hall of Fame nomination process and event, contact Teresa Brady, executive director of the EOSC Foundation and Alumni Relations, at 918-465-1761.